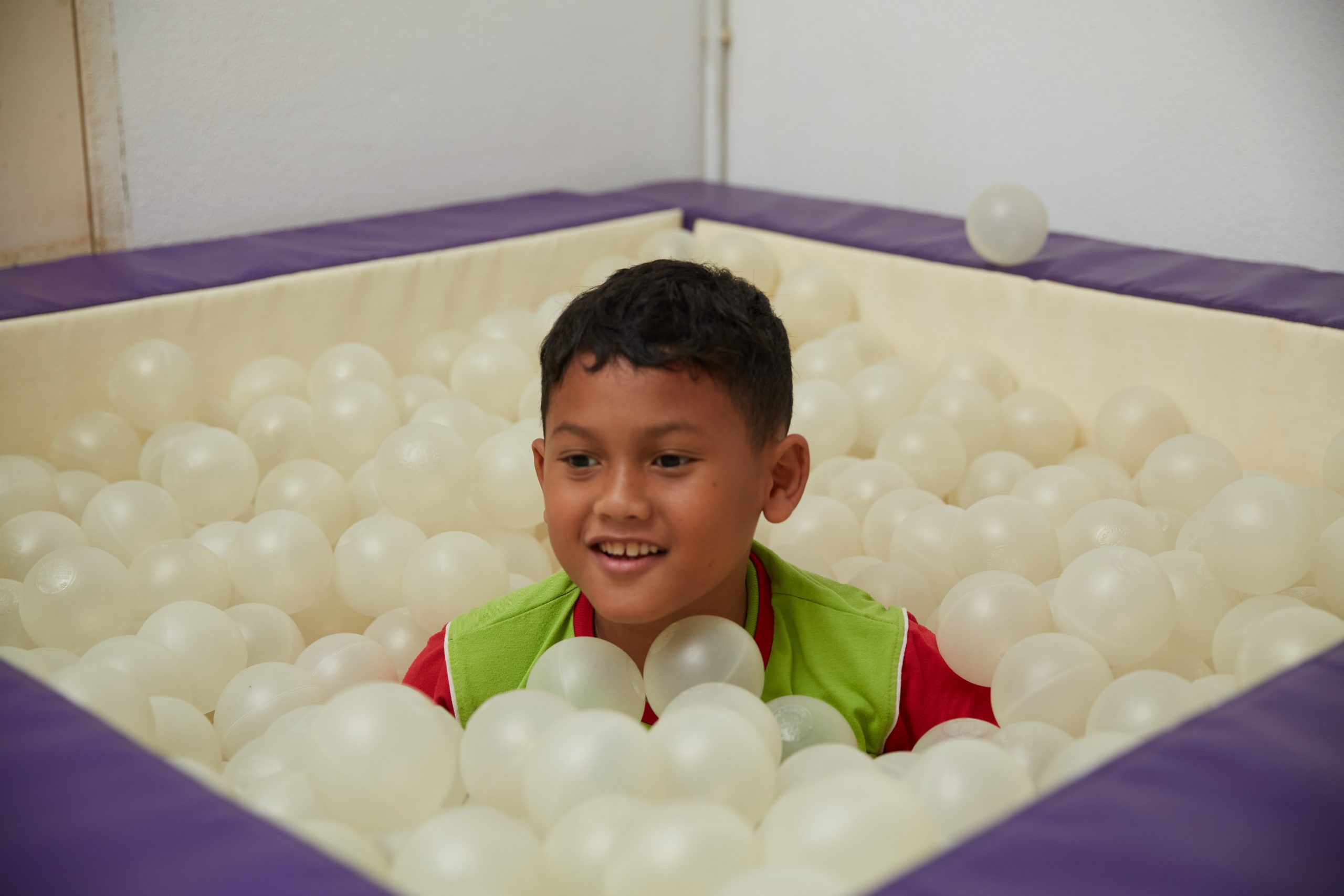 The eldest of two children, Wafir Mohamed developed normally in the womb. But there had been no signs of labour even past the due date. By the time his birth was induced, it was discovered that he had drowned in amniotic fluid and had to be warded immediately. 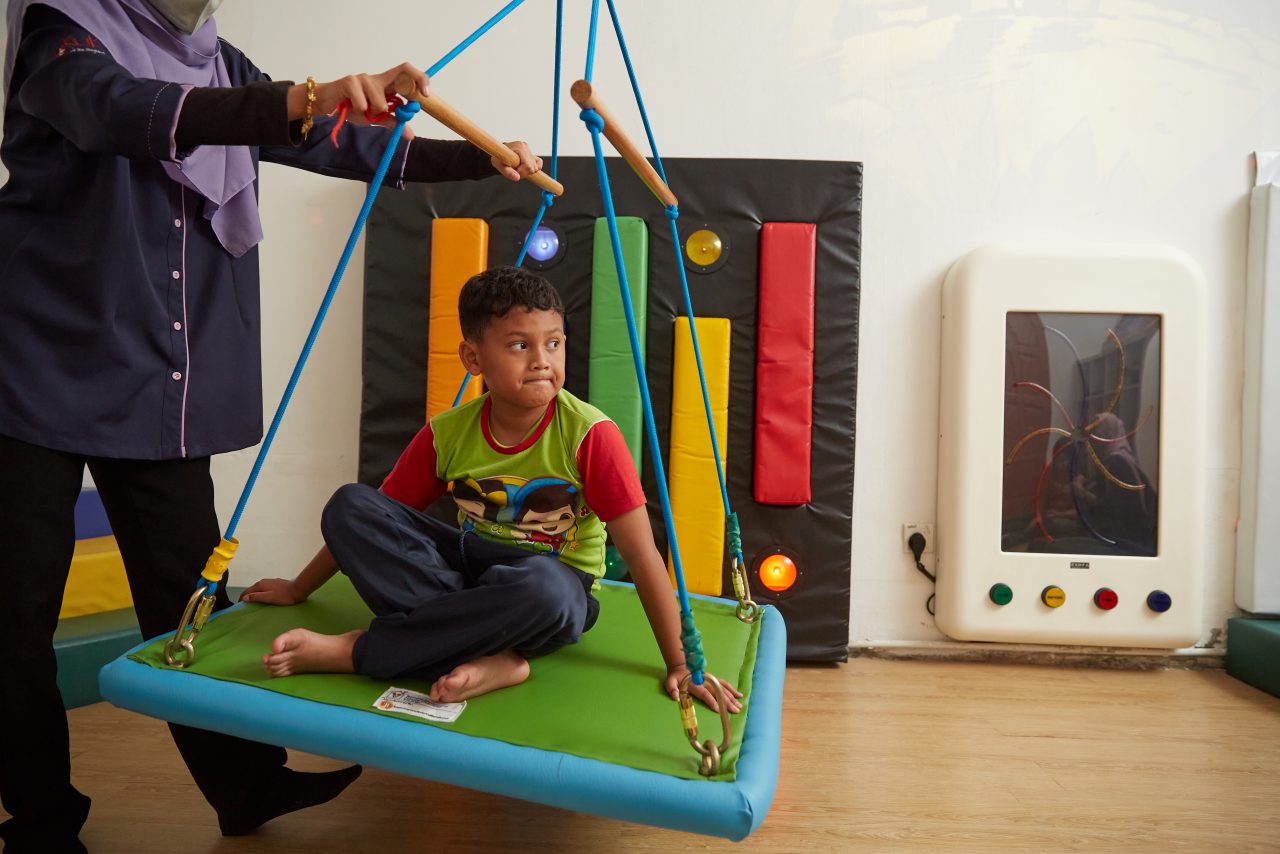 Soon, his mother noticed that he was different from other kids. By the time he was two years old, there were no displays of emotion. She couldn’t tell if he was happy, unhappy, or uncomfortable. Worried, she then sought advice at Hospital Raja Perempuan Zainab II, where he was diagnosed with autism. For two years, he attended sensory therapy sessions at the hospital. However, the hospital trips were often riddled with difficulties. Wafir would cry and throw tantrums whenever he was there. Seeing this, another patient at the hospital introduced his mother to YOKUK.

Wafir joined YOKUK at four years of age in 2014. By then, he was still in diapers and needed help with cleaning himself. He was often inattentive and struggled to focus on any given activity. From a sensory perspective, he had trouble with balancing, joint movement, and touch. In therapy, he couldn’t sit still and could often be found running around the room. He suffered from speech delays and his communication was often unclear and difficult to comprehend. 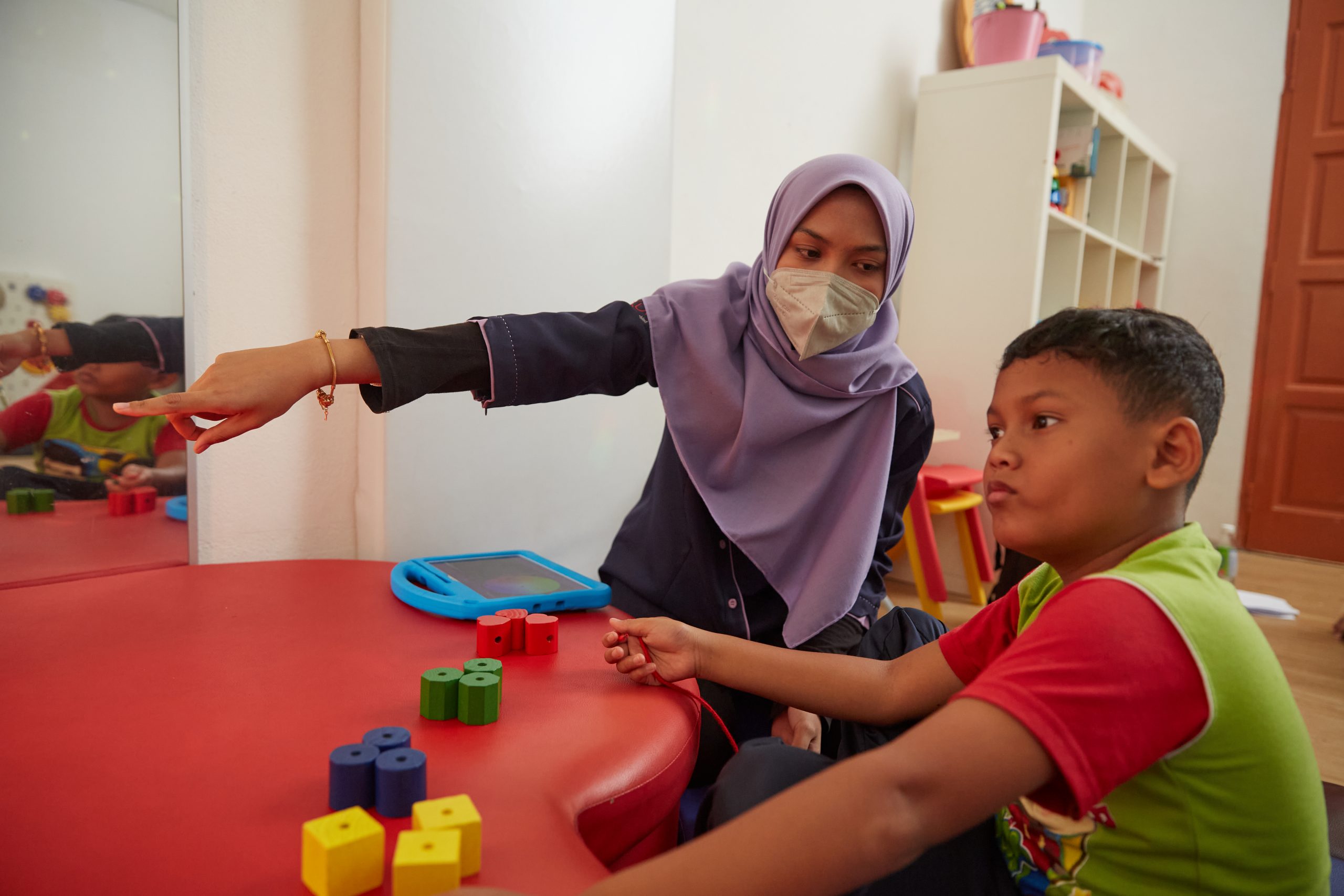 Since he began therapy with YOKUK, there has been a drastic change. From age 6, he began developing independence. He no longer needed diapers and has been able to go to the toilet, shower, and put on his clothes on his own – a significant milestone as he used to cry whenever someone touched him. Even in this regard, he has improved. He communicates better and socialises with others and has even learned to share his toys.

At therapy and in school, he can pay attention and focus on activities for at least 20 minutes now. At age 9, he can write and recognise numbers and his speech is now much clearer.

Wafir continues to attend sensory therapy sessions with YOKUK to increase his confidence and learning ability.

Join in the conversation